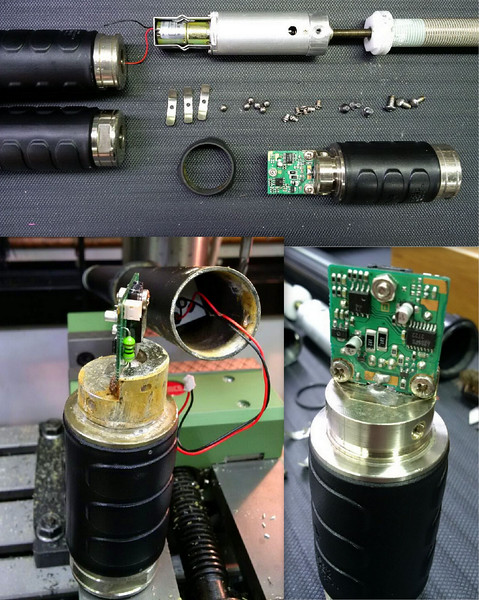 Antennas and the Environment they live in.

Something common amongst all hams is our love of antennas.

Of course that is what ham radio is all about is the antennas that we use with our transceivers mounted in our mobiles to work distant stations whether they be across town via the local repeater, or across the world on HF.

Our mobile antenna systems have to survive in conditions that can change from day to day throughout the various seasons of the year with everything that mother nature can throw at us, and worse yet is the salt mix's (sodium chloride and calcium chloride) that are spread on our streets in the winter time to cut through snow and ice.

When these salt mix's comes in contact with the various components that make up a complete operating system such as the antennas mounted on our mobiles, a type of corrosion called "Galvanic." can set in.

This is when two different metals are in contact and subject to a corrosive or conductive environment such as the environment that our mobiles live in, especially in the winter months in northern latitudes.
With dissimilar metals involved such as aluminum and stainless-steel found in a lot of our antennas, there is a current flow between them that causes corrosion.

Because current flow and dissimilar metals are involved, this form of corrosion is called galvanic, or two-metal corrosion. Corrosion progressively destroys the metal, causing weakness, which can lead to failure.
It also causes these dissimilar metals to weld themselves together leading to poor performance of the antenna as this corrosion evolves.
When you come to realize that you have a problem with the antenna and try to disassemble the antenna, you may or may not be successful in disassembling it.

If you do succeed in disassembling the antenna, you may find a problem similar to the problem that I found with the Yaesu Atas-120 as seen in my photo.
Actually I had three Atas-120's in my machine shop for servicing on this day, with one of them having just been disassembled.

The corrosion in this particular Atas-120 had progressed to the point that the 3 machine screws that fasten the base to the upper tube assembly were solidly welded in place, without any chance of removing them through normal means.

I had to place the complete antenna assembly in my milling machine and with the use of a slot-drill, milled the top section of the screws down below the surface of the tube so that the mount could be worked free from it's mounting position.

Once I had the antenna base seperaterd from the tube, clean up began.
The corrosion on the board required further disassembly to clean the board properly, as well as clean the rust from the screws that held the board in place.
Once disassembled, I placed the base section of the antenna in the lathe where with the use of a various grit-impregnated cleaning pads, I was able to remove all the built up corrosion.

Care must be taken when cleaning the o-ring groove, as any nicks created by the use of files used for removing the corrosion build-up can result in the migration of water once reassembled. Therefore if you are faced with repairing one of these antennas, take care when selecting your method of removing the corrosion.

Once all the parts had been returned to factory specs, I then reassembled the antenna,
To keep water from migrating past the O-rings and getting into inner workings of the antenna, I applied a light coating of Lubriplate 105 assembly grease to all the O-rings, as well as the machine screws.
In the case of the Atas-120 shown disassembled, I had to replace the mounting screws at the base as well.
I drilled out the mount holes to accept 8-32nd machine screws, and for that purpose I selected a stainless-steel button head allen drive machine screw.
To keep water from migrating past the three base mounting screws, I placed properly sized neoprene O-rings under the heads of the screws before fastening the assembly together.
I also applied Lubriplate 105 assembly grease to the outside of the tube where the three screws fasten the tube to the base, before sliding the rubber weather cover back in place over the three base screws.

While the antenna was apart, I also checked the condition of the coliform, and with the coil-form mounted in my lathe, it was a easy clean-up to bring the coil-form back to factory specifications, as this is another area where corrosion can develop in the Atas-120 due to water migrating past the upper seals located in the weather cover assembly.
This section of the antenna was assembled using Lubriplate 105 assembly grease as well.

So remember when it comes to corrosion and your antenna system, the best way to keep a problem from developing, is to get in to a routine of doing preventive maintenance at least every six months, especially if you live in a area of the world with 4 distinct seasons.

I go over my complete mobile in the fall before winter sets in, and again in the spring coming out of winter.
I disassemble the various components that make up the antenna system, and check for any signs of corrosion.
I then reassemble using the necessary corrosion preventive compounds required to keep my mobile antenna system in top form.